Parāśara, in his monumental work, the Bṛhat Parāśara Horā Śāstra has identified two categories of celestial bodies, moving (cara) and non-moving (sthira). The moving bodies are the planets (grahas) comprising our solar system, namely, the Sun (Sūrya), Moon (Candra), Mercury (Budha), Mars (Maṅgal), Venus (Śukra), Jupiter (Bṛhaspati) and Saturn (Śani). The sun is included in the category of grahas, despite the fact it actually does not move and is in fact a star. The sun and the moon are known as the luminaries in astrological parlance, although the moon does not have any light of its own, but reflects the sun’s light. The moon is a satellite of the earth and revolves around it and hence enjoys a special gravitational relationship with it. The two points where the moon’s orbit cuts across the ecliptic path of the sun are known as the nodes of the moon. Since these points are junctures of gravitation between the sun, moon and earth binding them in a special relationship, Parāśara has ascribed to them the status of planets, rather shadow planets known as Rāhu (North Node) and Ketu (South Node). The outer planets of our solar system, Uranus, Neptune and Pluto were not discovered during Parāśara’s time and are not included for astrological purposes, although western astrologers tend to incorporate them in their chart interpretations. There are also 11 moving Upagrahas (proto planets or satellites) which are quintessentially mathematical points.

The non-moving bodies are the stars or nakṣatras. There are 27 nakṣatras beginning with Aśwanī, covering the ecliptic path, each nakṣatra measuring 13°20’ of this arc. This is further divided into four quarters or padas, of 3↓° each, adding to a total of 108 padas. These 27 constellations are also known as lunar mansions as the moon transiting through these constellations, completes a round of the ecliptic in a lunar month, spending approximately one day in each nakṣatra, known as tithis. Thirty tithis comprise a lunar month, which is further divided into two fortnights or pakṣas. The śukla pakṣa is the waxing phase of the moon till it is full on pūrṇimā, after which it begins to wane till it reaches the new moon or amavasya. The waning phase is known as kṛṣṇa pakṣa. A new lunar month commences, when the sun and moon are conjunct at the same longitude. As the moon progresses, it shoots ahead of the sun and is longer in longitude by 12°. As the moon finishes one cycle of the zodiac it catches up with the sun once again and a new lunar month commences. The name of the lunar month is determined by the rāsī in which the sun-moon conjunction takes place at the beginning of a new lunar month.

The nakṣatra chakra overlaps with the zodiac belt or the Rāśi Cakra. The zodiac is a broad belt extending to on 9° either side of the ecliptic path. As the planets do not veer much from the ecliptic, they more or less stay within this belt. The Bha Cakra is composed of 360°. Each degree measuring 60 minutes (kāla) and each minute, 60 seconds (vikāla). An arbitrary point Aries is marked as the beginning of the zodiac. This is determined by the position of the star Spica in the middle of the zodiac at 180°.

The Bha Cakra is divided into 12 sections or houses, known as signs or rāśis, extending to 30° each. These 12 rāśīs are: Meṣa (Aries), Vṛiṣabha (Taurus), Mithuna (Gemini), Karka (Cancer), Siṁha (Leo), Kanyā (Virgo), Tulā (Libra), Vṛiścika (Scorpio), Dhanu (Sagittarius), Makara (Capricorn), Kumbha (Aquarius) and Mīna (Pisces). Each rāśī is composed of 9 nakṣatra padas. For e.g., Aries consist of 4 padas of Aśwīni, 4 padas of Bharaṇī and 1 padas of Rohīṇi and 2 padas of Mṛgaśīrā and so on, till it finishes with the 4 padas of Revatī in Pisces. In this way, the 108 nakṣatra padas coincide with the 12 rāśīs.

The Sun along with the other 8 grahas, the 27 nakṣatras and the 11 Upagrahas comprise the Jyotiṣa Cakra. The measurement of time and the knowledge of destiny are eternally played out in the Jyotiṣa Cakra, the study of which is the subject matter of Jyotiṣa. The Jyotiṣa cakra operates at three overlapping levels: the Nakṣatra Cakra, the Rāśī Cakra and the Bha Cakra. The grahas are moving bodies which traverse across these cakras and through the various nakṣatra padas.

The Sun, resplendent and glorious in his twelve forms, as the ruler of the day and the lord of the grahas, is the controller of Kāla or Time. The three navels of his amazing one-wheeled chariot are the triptych of kālas, bhūta, bhaviṣya and vartamān (past, future and present) and the different kāla sankhyās or the measurements of time like kṣaṇ, muhūrta, divasa, rātri, pakṣa, māsa, saṁvatsara, ṛtu, anayna and yugas are the different parts of his chariot. The Sun determines another three-fold division of time, sṛṣṭi, sthiti and pralaya and as Brahmā, Viṣṇu and Maheśvara, he governs the Wheel of Time or the Kāla Cakra, within whose spokes, every living being is caught. Time as governed by the Sun in the Hindu philosophical tradition, is cyclical, unlike modern mathematical time that is linear.

The Sun takes approximately 360 days to traverse the zodiac. At intervals of 30 days the Sun and the Moon conjoin in a sign. This is the reason the zodiac is divided into 12 rāśī with the Sun spending 30 days in one sign. These 30 days represent the Solar month. This is the beginning of the measurement of time. Without Āditya, there can be no kāla or measurement of time and without kāla there can be no order in the universe. The Sun’s basic measurement of time on earth is from sunrise to sunrise, as it traverses the complete round of the twelve rāśīs, demarcating the period into day and night, aho and rātri, as the Sun is invisible for one half of the time period. Together it is known as ahorātri, from which the word ‘Horā’ has sprung to denote the study of jyotish as Horā Śāstra. So the Sun’s movement around the dvādas rāśis is the fundamental unit of time the life of a living being. This is Time that is perfectly ordered and regular, and that which follows the parth of Brahma. This ordered Time is known as Yama. He is dharma personified and is a son of Sūrya. Yet there is another Time, another son of the same Sūrya, that is irregular, and that does not follow dharma. It functions from midnight to midnight and heralds all that is inauspicious and malevolent. This is Mahākāla, and he is predominant is Kali Yuga, as dharma’s presence is weak during this period. Yama’s time includes destruction and death but as mere events, like the dance of Śiva which signifies pralya and is the culmination of all creation as per nature’s law. Mahākāla’s destruction is demonic and evil. If Yama is death, then Kāla is apamṛtyu.

There are two existing methods of defining bhāvas. One is the universally accepted method of Parāśara and the other is the Śrīpati Paddhati. The Śrīpati Paddhati recognized the Midheaven or the tenth house as a very crucial point in a horoscope and one which cannot be ignored. He therefore charts his path from the lagna to the 10th house, or from Prajāpati (the ruler of lagna) to Indra (the ruler of the 10th house), and divides the area into three parts. This comprises half the lagna, the 11th and the 12th houses and a half of the 10th house.

Parāśara’s position on the other hand begins with his object of worship, namely Sūrya and Brahma. Sūrya the sun god, the source of all light, is but another name for jyotiṣa. Brahmā is the creator of this universe. Together, Brahmā and Sūrya represent Prajāpati or the lagna. To Parāśara, everything in the horoscope is based on the lagna, a point depicting the moment of creation. The horoscope is thus nothing but a map of the heavens at the time life began. Since the lagna is the entirety, it is but only natural that bhāva should be based on the lagna and the lagna lord. Bhāvas portray a person’s perceptions regarding his own life. The self or the created being (which is lagna), once created, beings to perceive and bhāvas represent his perceptions of the different aspects of his life, as characterized by separate houses. The Śrīpati Paddhati therefore fails here as it cannot be applied to the created being, but only for the devas like Indra. 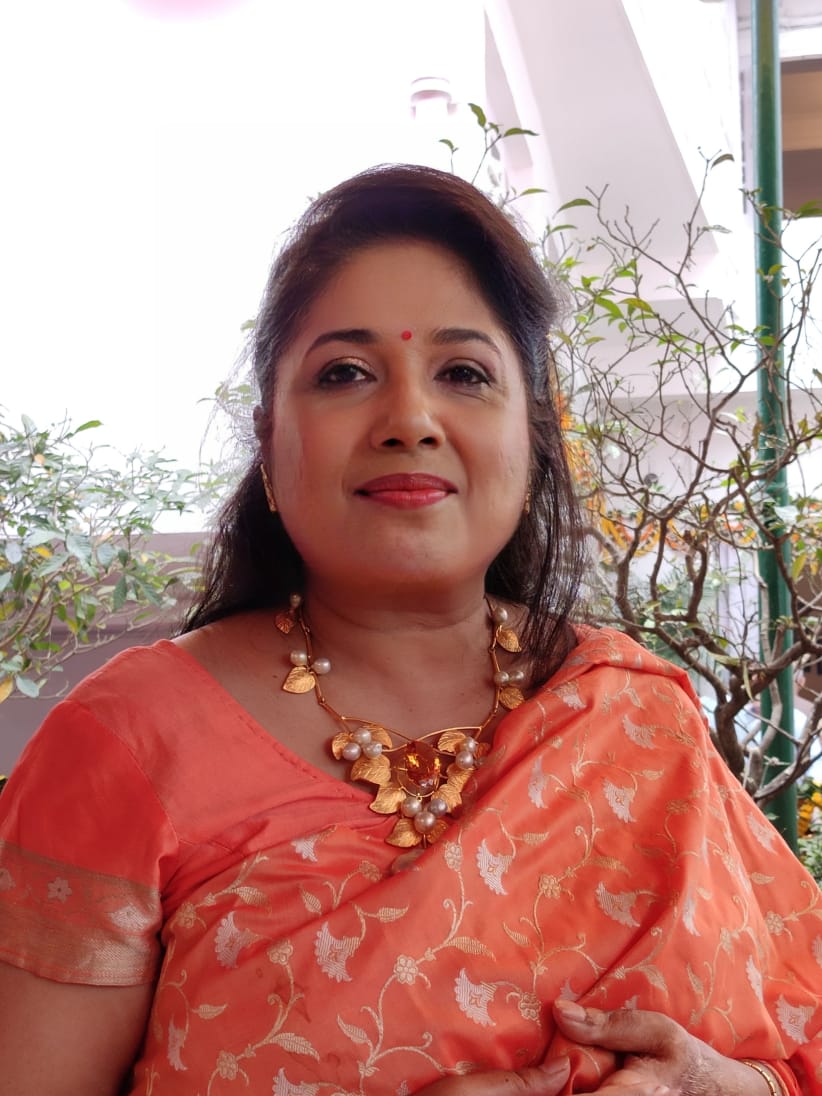